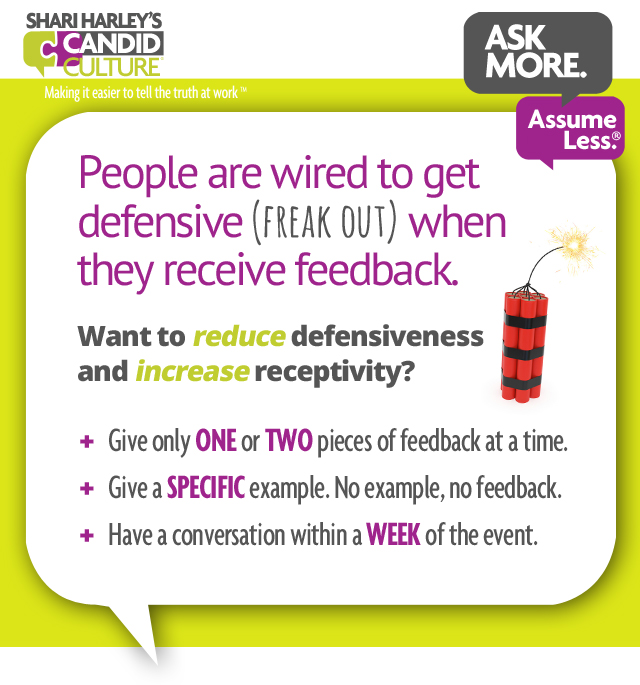 Tags: email is for wimps, how to say anything to anyone, negative feedback, reduce defensiveness