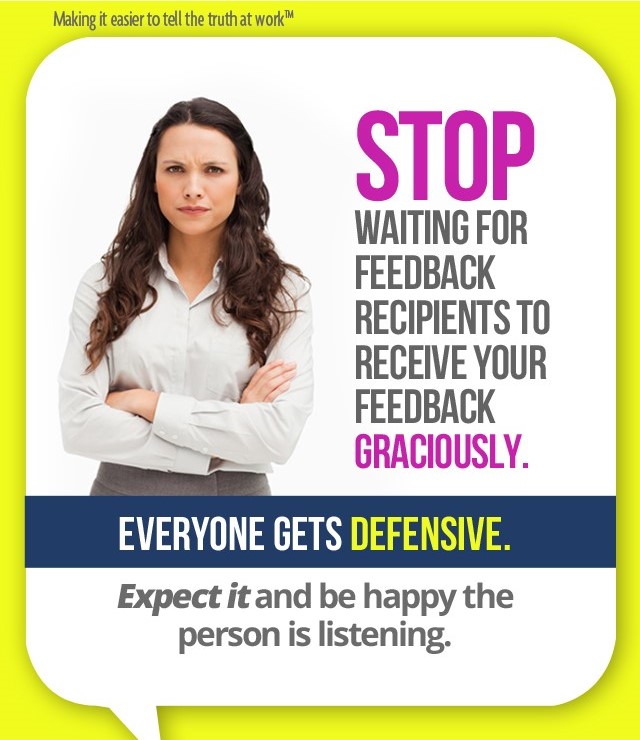 Appropriate response: “If others are doing this, I promise you that I’m managing it. Right now we’re talking about you. I know this is difficult. Let’s stay here.”

Defensive behavior: “You’re wrong. Everyone else has given me positive feedback.”