Most of us avoid giving negative feedback 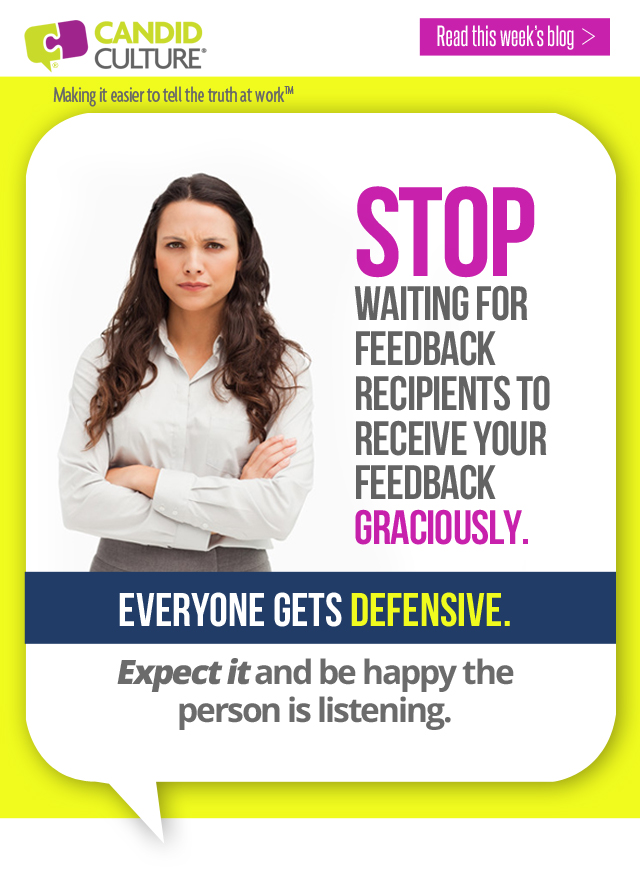 because we don’t want to deal with the recipient’s defensive behavior. We’re waiting for what I call, The Freak Out. The Freak Out is the predictable response to negative feedback.

Appropriate response: “If others are doing this, be assured that I’m managing it. Right now we’re talking about you. I know this is difficult. Let’s stay focused.”

3 Responses to “Defensive Behavior – Expect It vs. Avoid It”