Negative Feedback – Make It Easy to Tell You the Truth

If you’ve gotten courageous and given someone negative feedback or questioned a decision or action, you probably didn’t get a shiny, happy reply in return.  The normal and natural reaction to negative feedback or data is to defend ourselves. It’s human. Defending yourself when receiving negative feedback is an act of self-preservation, not unlike hitting your brakes when the person driving in front of you unexpectedly slams on their brakes. 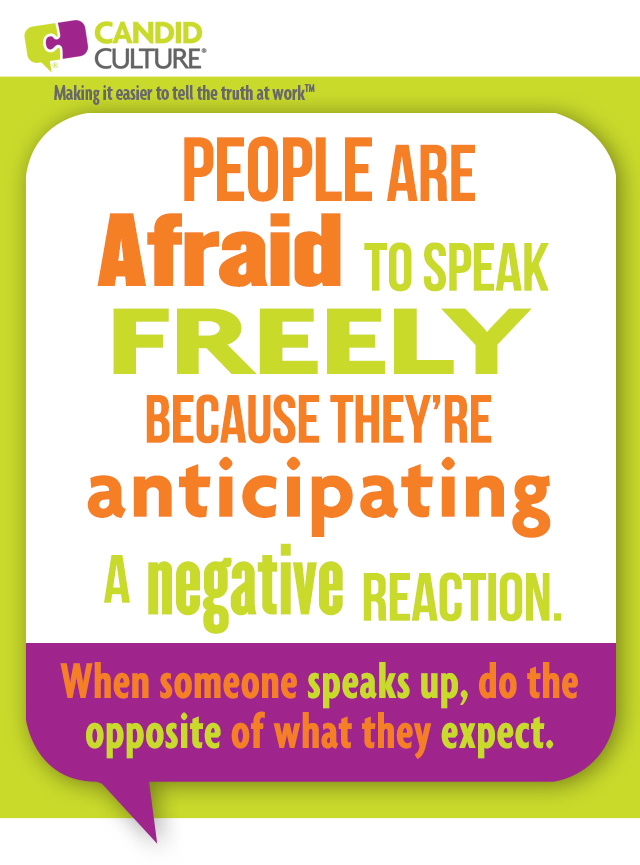 The problem with reacting defensively (normally) to negative feedback is that it’s scary and off putting to others. As normal as a defensive reaction is to negative feedback, it makes others so uncomfortable that they’ll be hesitant to give you negative feedback again. And this lack of knowledge of what others really think is dangerous. Silence inhibits career growth and leads to bad business decisions. You want people to tell you the truth, as they see it. So you need to make it easy to speak freely.

If you want more of what others see as the truth, do the opposite of what people expect. Rather than defending or going silent, say “thank you.”  “Thank you for telling me that. I’ll think about what you said and will likely come back to you to discuss further,” buys you time and puts the other person at ease.

Here are five ways to make it easier to say thank you for the feedback:

People are more hesitant than you think to tell you when they disagree. Make it easy to speak up. Do the opposite of what others expect. Say “thank you” rather than reacting, and you’ll get more data than you do now.