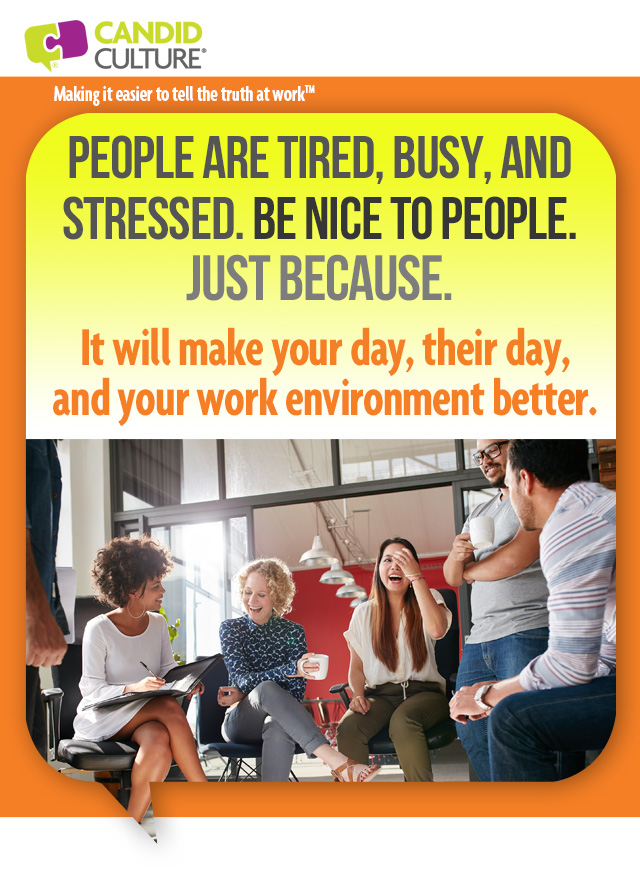 Tags: be kind, be nice, be nice to people, being nice, Company culture, corporate culture, gossip, how to be happy, office culture, office gossip

4 Responses to “Want A Nice Company Culture? Be Nice.”