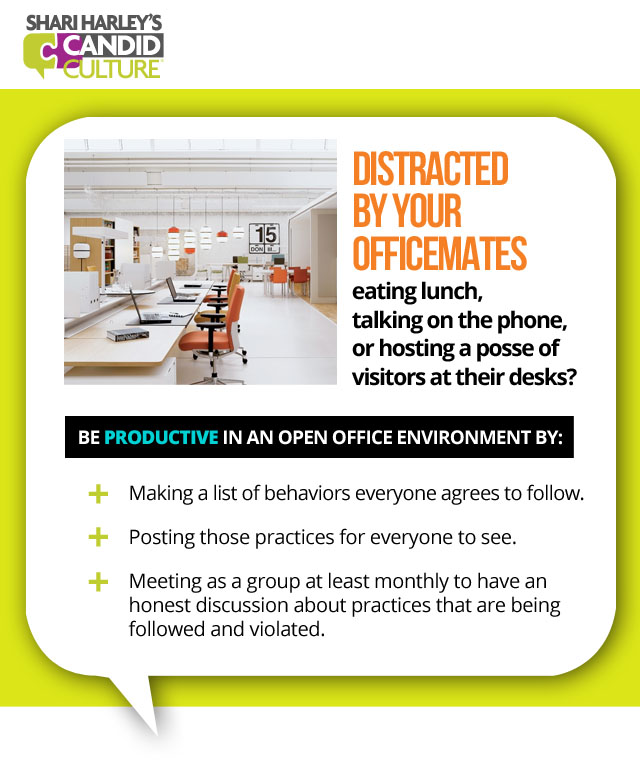 Many organizations have moved from cubeland to open plan offices in which employees sit in rows of desks with no barriers between them.

If you’re a visual or kinesthetic learner who learns by seeing or doing, you’ll be less distracted by noise than an auditory learner who learns by hearing. Auditory learners hear everything and are easily distracted by talking, music, and other noise. Visual and kinesthetic learners often don’t hear distractions, so they do better in an open plan office.

It’s not too late to put these practices in place, even with a group who has been sitting together for a long time. Just schedule the conversation and explain why you’re having it. People will be relieved and grateful.

Working in an open plan office is challenging. It requires good communication and compromise. Don’t wait for problems to occur and frustrations to build. Have a conversation today. 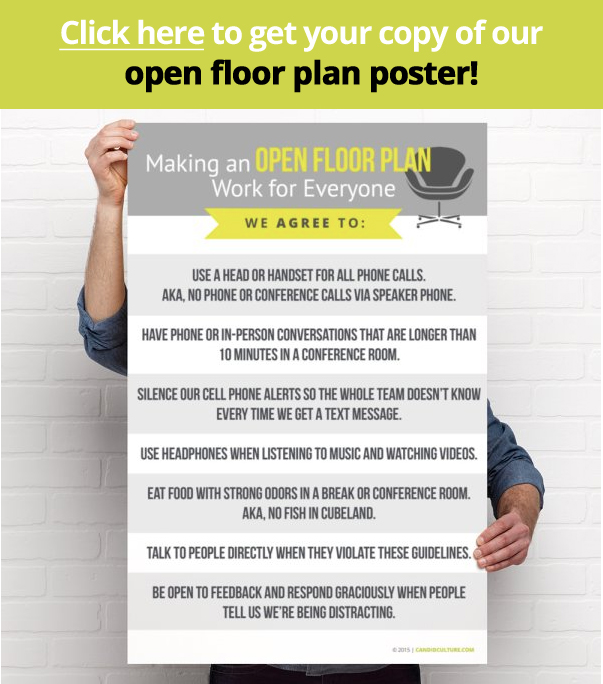