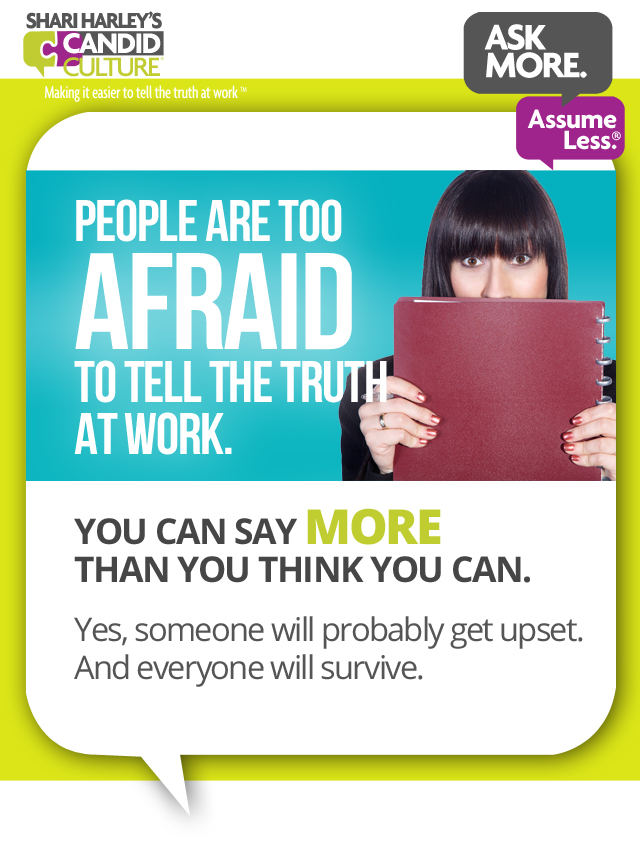 Create an award for the person who failed while trying to do something new. And present the award very publically, sending the message that it’s ok to fail.

2 Responses to “Honesty in the Workplace – Man/Woman Up”