Examples of Positive Feedback – Be Specific

If you were on a diet and stepped on a scale that said, “Pretty good. Keep up the good work,” you’d return the scale, claiming it didn’t work. Likewise, if your GPS told you that it “seemed you were going the right way,” you’d probably use a different app, or heaven forbid, buy a map. Scales and GPS provide us with feedback, but vague feedback is unhelpful. It doesn’t tell us what to do more, better, or differently, which is the purpose of feedback. 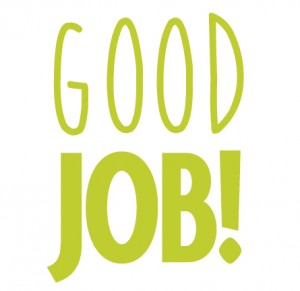 Example of positive feedback: “You did a great job onboarding our new analyst. You outlined what he needed to do during his first 90-days to be successful. He now knows precisely what he has to do and won’t have to guess.”

Example of positive feedback: “Thanks for calling in to today’s team meeting on a day you had off. Your participation helped us make a decision that would have taken much longer without your participation. I appreciate your commitment to our business.”

Example of positive feedback: “Thanks for paying attention to the things that may impact us negatively in the marketplace. I appreciate you tracking the new products our competitors are launching. It helps me know where we are ahead and behind.”