Just Say No to Saying Nothing – Speaking Up at Work

Unless I’m out of town or steeped in laziness, I go to a yoga class most Monday nights. There is another class in the same studio right after the class I attend. During the last few minutes of this week’s class, people attending the next class began to congregate outside the studio and were talking loudly enough that our class could hear them. The teacher walked outside and asked them to be quiet. Then she walked back into the room and told our class that she just did something she doesn’t typically do–speak up. When the class was over she went back outside and apologized to the people she’d asked to be quiet.

What is the big deal with giving feedback and asking people to do something differently?

I already know what you’re going to say. People will be angry at you for speaking up at work and will kill you off.

That may be true, but what the heck?! That’s crazy. We do stuff. It annoys other people. They tell us.  BIG DEAL!  No one died. 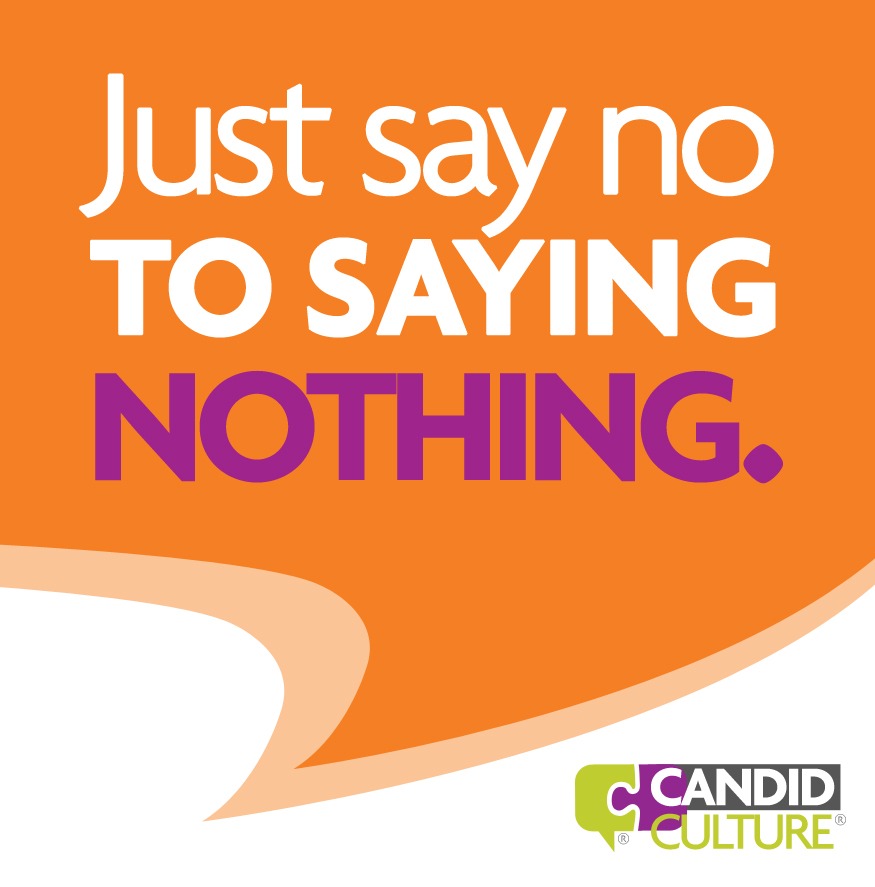 My entire business, Candid Culture, is focused on helping people feel they can be more candid at work. Speaking up at work is a struggle in every organization. People are afraid to give feedback. They fear retribution –real or imagined. 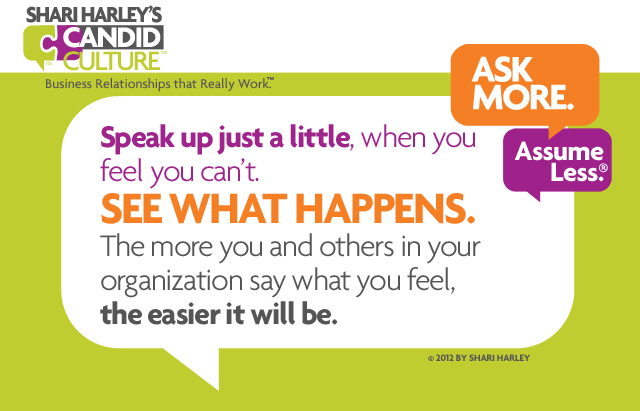 Make a pact with each other that it’s ok to tell the truth. And that people will take the feedback in the spirit it was intended –to make something better, not to be critical. Give each other permission to be candid without consequence.

The more often you find yourself speaking up at work and giving feedback, the easier it will be.