Posts Tagged ‘speak from the heart’

How to Give Feedback – Worried You Might Not Say It Right?

Many people worry about giving feedback because they fear they don’t have the ‘right’ words. They’re concerned they’ll say ‘it’ wrong and damage their relationships.

Feedback is hard enough to give without worrying about saying everything perfectly. Worry less about having all the right words and more about whether or not people trust your motives. 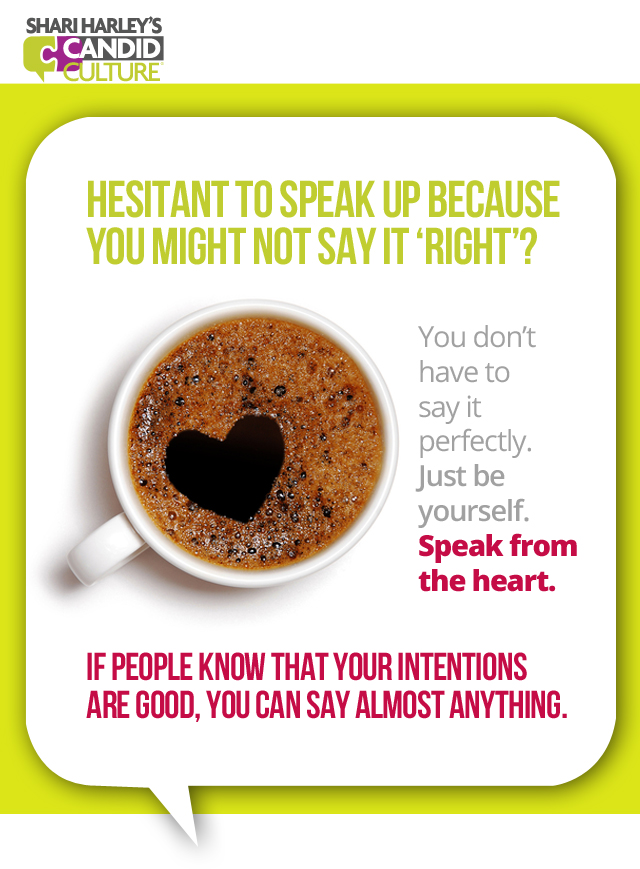 Getting negative feedback is hard. It’s easier to listen to feedback when we trust the person who’s giving us the feedback – we know their intentions are to help versus to judge or hurt us.

Speak from the heart, be authentic, and worry less. Be yourself. If you’re nervous to say what you want to say, tell the other person you’re nervous. If you’re struggling to find the right words, say so. If you’re worried you’ll damage the relationship or that it isn’t your role to give the feedback, say that. Authenticity goes a long way.

How’s how to give feedback you’re apprehensive about:

How to give feedback example one: Consider saying, “There’s something I need to talk with you about, but I’m concerned that I won’t use the right words and will damage our relationship.”

How to give feedback example two: “There’s something I want to talk with you about, but I’m concerned how it will come across. Is it ok if I say what I need to say?”

How to give feedback example three: “I want to give you my thoughts on something, but I’m concerned that it’s not my place to do so. Is it ok if I share my ideas about _________?”

Other people aren’t expecting you to be perfect. But they do want to know they’re working with a human being. And human beings are fallible. We have fears. We make mistakes. And sometimes we don’t say things perfectly.