Posted under Business Communication Business Relationships Uncategorized on May 16, 2017 by Shari Harley.  6 Comments 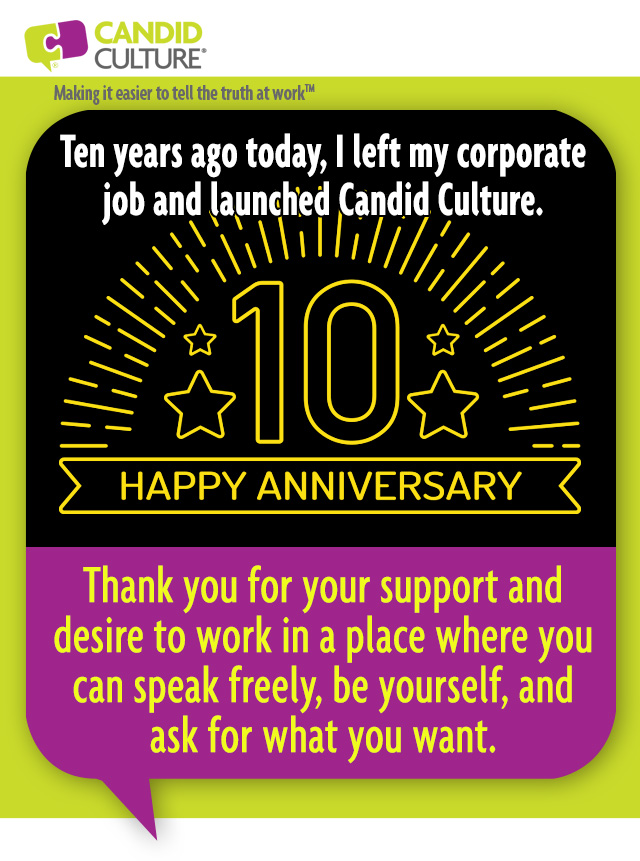 Ten years ago today I left my corporate job and launched Candid Culture, business communication training. I’ll admit to being terrified and being pretty convinced I would fail. I thought about starting the business for 12 years, but was paralyzed by fear.  The only thing that finally motivated me to act, was that at the time, I worked for someone who didn’t believe me when I said I didn’t want the internal opportunity he was giving me. Don’t give a woman who can barely use Excel, leadership over the Finance department.

The training and keynote speaking I do have evolved over the past ten years, as organizations’ needs have changed. A few things have remained constant.

Here’s what I’ve learned in the past ten years:

Most people question themselves when receiving negative feedback, and that’s a very painful process.

What do to:  Give very small amounts of feedback at a time. Share one or two things the person can work on. More negative information sends our brains to a dark place, where we feel we can’t be successful, and performance actually drops.

Provide feedback on the positive changes or lack thereof, that you see. Don’t let people work in a vacuum.  After you’ve seen some improvement, give one or two additional pieces of feedback.

So what to do with all of this information?  Be courageous and clear. Remember that the purpose of feedback is to be helpful. Care enough to be uncomfortable. Specific is helpful.  Giving feedback will always be challenging. If you want to give less feedback, get better at making specific requests. You get what you ask for. 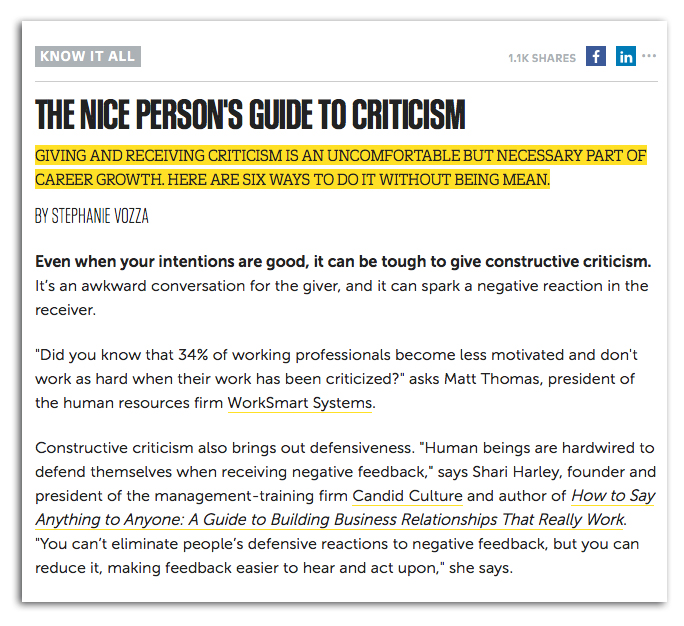