Most people avoid giving feedback because they’re concerned about (don’t want to deal with) the other person’s defensive response. It’s easier to say nothing than deal with someone’s defensiveness. So, we say things are fine when they’re not. 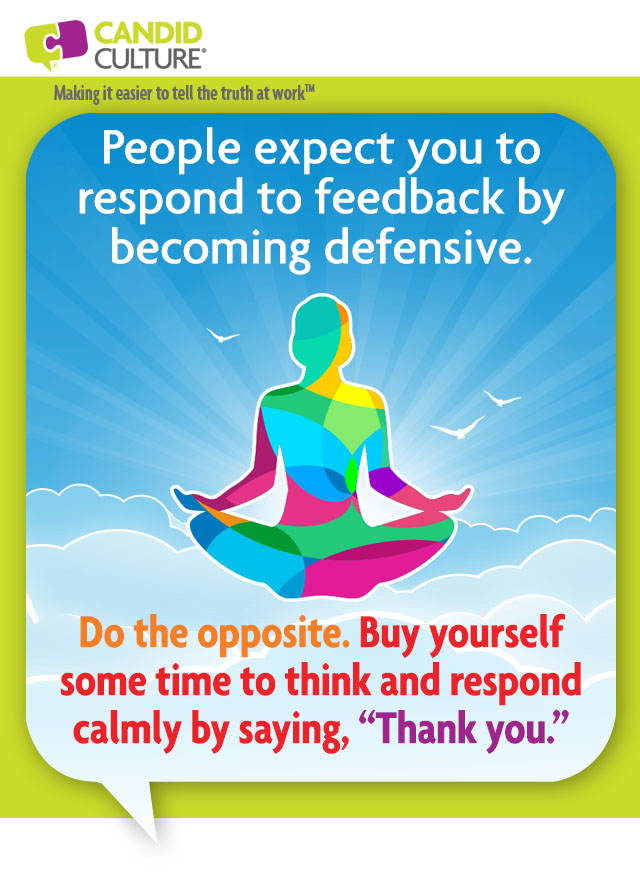 Saying “thank you for the feedback” is not intended to be a Pollyanna response, nor does it mean you agree and that the person is right. Saying “thank you” catches the other person off guard (in a good way) and buys you time to think and respond calmly, making it more likely that you’ll get feedback in the future.

We know people are hesitant to give feedback. Make giving you feedback easier by responding calmly. No one expects to hear “thank you for the feedback.” Your unemotional response will strengthen your reputation and relationships and make it more likely that you get more feedback in the future.