The normal, human response to negative feedback is to become defensive. Becoming defensive is a survival instinct, like hitting your breaks when the car in front of you stops short. It’s almost unavoidable.

The challenge with becoming defensive is that the person who risked telling you the truth (as she sees it) doesn’t want to deal with your defensiveness. Your defensiveness is . . . scary, intimidating, annoying – fill in the blank.

So what’s the right answer?

Here’s my recommendation on how to respond to negative feedback:

When someone gives you feedback, listen. Listening doesn’t mean you do what the other person wants. Listening merely means take in the message. Hear what the other person has to say. And ask questions for greater understanding, if you can do so without being defensive. In my experience, asking questions, in the moment, without being defensive is VERY hard to do.

I got critiqued for admitting, in last week’s blog, that I broke one of my own rules by sending feedback via email. I study, teach and write about how to communicate well. And I’m human. Sometimes my emotions get the best of me. But when they do, I clean it up fast.

The last time I got feedback from a friend I got defensive. And during the conversation, right after I became defensive, I caught myself, apologized, and asked the person to tell me again. I said, “I’m sorry I got defensive. Tell me again and I’ll do a better job of listening.”

You won’t always communicate perfectly. It’s not possible. The key is to catch yourself quickly and clean up the messes you make. If you raise your voice, apologize. If you cry, remove yourself from the situation until you can speak calmly. If you push back and defend versus listen, own your behavior and do a better job of listening. You’ll earn respect by admitting when you fall short.

It’s easy to mistake listening to feedback and saying “Thank you for telling me that” as agreement. I’m not suggesting you agree or give in. When you’re calm and can interpret the feedback, without emotion, go back to the person to talk more. It’s ok to push back. It’s ok to say you disagree or that she is mistaken. But if you have this conversation when you receive the feedback, the other person will likely be so daunted by your reaction that she is not likely to give you feedback again, and that’s a loss for you.

So few people will risk being honest with you, make it easy on those who do.

A few weeks ago one of my friends asked for feedback on how he communicated. When I told him what I thought he responded with, “So, you’re telling me I did it all wrong.” Aka, he got defensive, so I back peddled. In that moment my brain got trained, this guy can’t take feedback. So the next time he asks me, I won’t give any.

It doesn’t take much to train people not to tell you the truth. One instance of defensiveness will do it. Don’t do that to yourself. You need the data. You don’t need to agree with what the person says or change your behavior, but you need to know what people think and say about your performance.

Let’s review how to respond to negative feedback:

Now that you know how to respond to negative feedback, use our Advancing Career Questions to get more feedback: 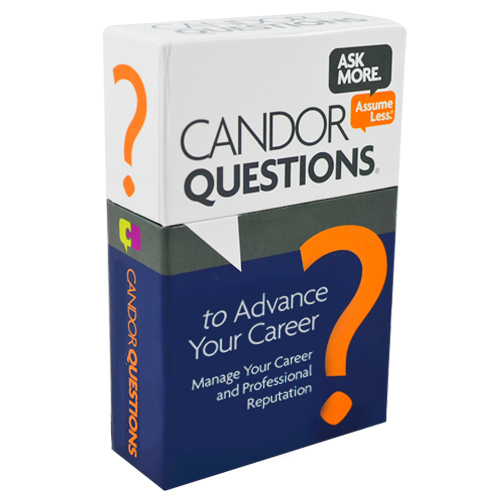