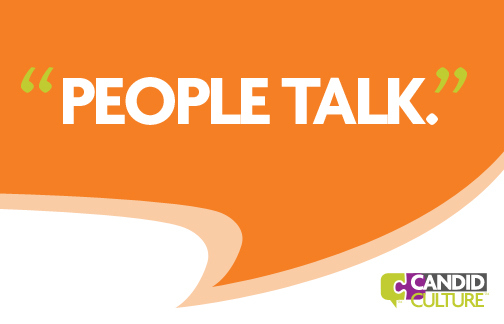 Even after working in the corporate arena for 18 years, I am amazed at how much people talk about other people. I’m a little embarrassed that gossip in the workplace still catches me off guard. I used to live in New York City. How can I be this naïve?

Last week I talked with a friend I used to work with. She still works for the company where we worked together. She told me that Michael, one of our old coworkers, was job hunting. “How do you know that?” I asked. She said Bob the IT manager had told her, and Lisa the marketing director had told Bob. Lisa is friends with Michael. Michael must have confided in Lisa, who told Bob, who told my friend, who told me.  I have, by the way, changed everyone’s names, so as not to tell the rest of the world that Michael is job hunting. But in the event that you have an open job that would be a good fit for Michael, perhaps I should put his real name and email address here.

Michael trusts Lisa. But Lisa clearly isn’t trustworthy. I’m sure she thinks she is, but clearly, she can’t keep information to herself. Lisa trusts Bob to keep a secret, but clearly Bob can’t and neither can my friend.

So what does this say? Everyone is a liar and no one keeps confidences? No, I’m actually saying neither of these things.

I really believe that people think they keep a confidence when they share information like this. We rationalize telling ourselves, “I only told one person, and Bob won’t say anything. I trust him. And Michael wouldn’t mind if I told Bob. They’re friends. And even if he did mind, Bob needs to know because if Michael leaves it will impact IT.” And so it goes.

I have started to assume that whatever I tell someone will be told to someone else. And it makes me more careful about what I say and write, especially what I write. Don’t put anything in an email you wouldn’t be comfortable being forwarded to someone else.

You may be wondering how this is possible. There is no one who keeps a confidence? How can you run a business like that? Anything I tell someone will be told to someone else? Not if you’re talking to an outside consultant, a business coach, your attorney or accountant, but inside your organization, yes. People have a tendency to share gossip in the workplace with their inner circle –the people in the organization they’re close to. So be careful. Watch what you say and to whom. And assume that whatever you tell someone may go elsewhere. Consider the upside –you can use your coworkers to share news that you don’t have time to broadcast yourself. 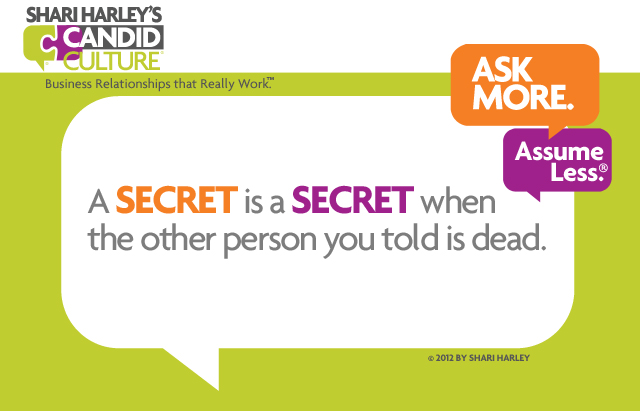