Posts Tagged ‘ask for what you want at work’

We’ve all heard about the great workplace exodus. Over the last two years, millions of people have quit their jobs in favor of doing something different. You too may have realized that you want something different from life and work.

Despite wanting something different, you may find it difficult to make those requests at work. You may be worried that if you ask for what you want, you’ll be fired before you’re ready to leave, or you’ll be seen as disloyal and unreliable, and thus not promotable. Many people suffer in silence fearing that speaking up will get them ‘in trouble.’

Regardless of your concerns, you aren’t likely to get what you don’t ask for. So how do you ask? 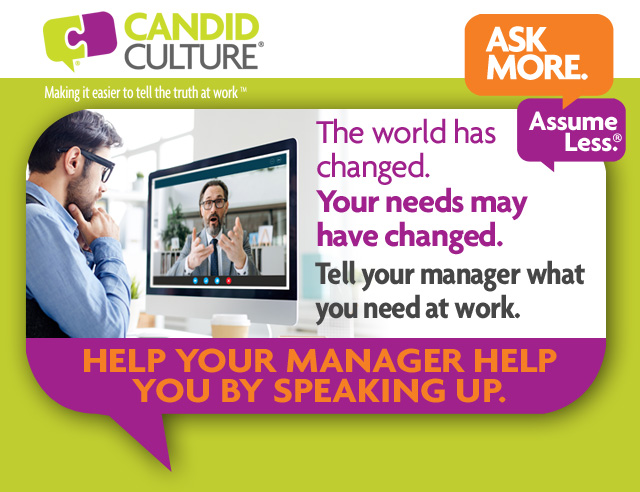 Here are five steps to ask for what you want at work:

You can make requests as I’ve suggested and still not get what you want. Then you have decisions to make. But you are unlikely to get what you don’t ask for. Asking for what you want, in a professional way, is better than leaving, never knowing if your needs could have been negotiated.